Ensuring employee safety in the workplace can be challenging, and even more so for work done in dangerous or outdoor conditions, where a harsh environment presents an even greater challenge to safety. Zonith A/S creates solutions to add another layer of protection to employee safety both indoors and outdoors and focuses on offering software and hardware for personnel and security staff in the workplace. Their speciality is panic alarms and employee location tracking for any type of indoor or outdoor environment, ranging from offices to warehouses, medical facilities, schools, and even high-security sites.

“We help you realize the full potential of aggregated alarm management bundled with employee protection and localization of employees when they need assistance.”

The ZONITH Bluetooth Receiver, the backbone of their indoor positioning and panic alerting system, uses the Onion Omega2S industrial single board computer in conjunction with a Bluetooth module to send alerts to the proper authorities if activated by the user or if certain sensor thresholds are met. Omega2S acts as an IoT hub for all the sensors and is at the centre of Zonith Bluetooth Receiver. The receiver can be installed anywhere because of its small size and optional secure waterproof casing. It enables high-precision location tracking of staff wearing Bluetooth ID Cardholder inside buildings as well as outdoors, making it very useful for lone workers as well as more populated workplaces.

Seeing the potential of using M2M modules in aggregated alarm management systems, ZONITH created an IoT hub to consolidate the process of localizing and protecting employees using a Bluetooth receiver to collect various real-time data. The most important issues taken into consideration when developing the product were as follows:

Development of the product started with the desire to use an all-in-one module running Linux because it allowed for quick development of a minimum-viable-product and simplified mass production. Using Linux allows Zonith’s software developers to use high-level programming languages like NodeJS rather than C or C++ which can be cumbersome and hard to work with. This was essential since most of their core application was already written in NodeJS before even starting work with a single board computer.

On the hardware side, using a drop-in ready all-in-one module gave Zonith, a primarily software-focused company, a solid foundation to quickly make custom hardware. This saved time since the most complex circuits were taken out of the development and manufacturing equations.

Initially, Klaus and his team were planning on using the CHIP Pro but needed to quickly pivot since the company behind this device suddenly went out of business. They looked at the Pine64 and Raspberry PI as alternatives, but because of issues with commercial licensing and stability concerns with SD cards, they decided to look into the Omega2S.

While using the Omega2S meant the addition of an external Bluetooth module (another relatively expensive component), they still found the overall price point very favourable when compared to the alternatives.

Needing a Brain for Positioning Data

According to Klaus “One of the important goals of modern staff safety solutions is to be able to position staff members inside buildings and to be able to raise wireless panic alarms.” In the Zonith Bluetooth Receiver, the Omega2S acts as the central processor and communication gateway. It allows us to connect to the internet over ethernet, and it interfaces with the built-in Bluetooth module via serial UART,” he explains.

The Linux OS simplifies managing and communicating with the Bluetooth module. Programs written in GoLang and NodeJS collect positioning and alarm data from Bluetooth devices and panic buttons in the area and securely submit this to a central server-based solution.

The Omega2S provides a scalable and flexible foundation for Zonith products. During initial development, Klaus and the team needed to build the first prototype within a few months, while at the same time maintaining scalability for manufacturing down the line. During the prototyping stage, it did not matter if they used a surface mount or through-hole single-board computer, but for production purposes, the former proved much easier to use for larger-scale manufacturing.

Launching any connected product means going through a sometimes long and expensive certification process. The Omega2S modules are FCC and CE certified, which greatly simplifies the certification process for the end device. This helped the ZONITH team further reduce their time to market since no time-consuming surprises came up during the testing and certification of the Bluetooth Receiver.

Having an All-In-One Single Board Computer

Development of the Zonith Bluetooth Receiver started in early 2018 and progressed very quickly, only slowed down by two issues:

The Onion Corporation engineering team helped resolve both of these issues and Zonith continued to make great progress, completing development in just 6 months!

Based on their experience with the Omega2S so far, ZONITH is currently considering developing other IoT products based on the Omega2 family. 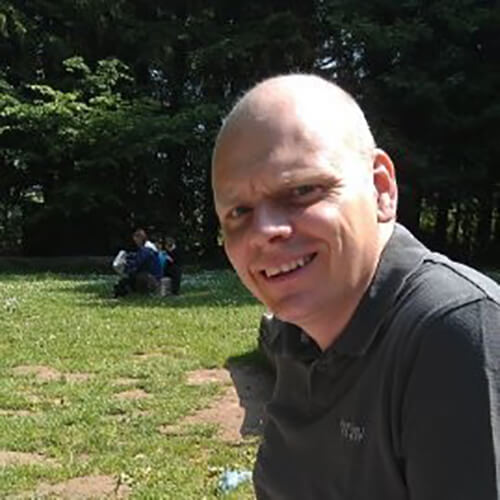 “Finding a well-balanced all-in-one industrial single board computer running a modern Linux kernel was a challenge. We liked the capabilities of the Omega2S and the support we received: fast but reliable small changes done to make manufacturing even more streamlined”

#loneworkerprotection #panicbutton #security refugees staffsafty
Page load link
We use cookies on our website to give you the most relevant experience by remembering your preferences and repeat visits. By clicking “Accept All”, you consent to the use of ALL the cookies. However, you may visit "Cookie Settings" to provide a controlled consent.
Cookie SettingsAccept All
Manage consent

This website uses cookies to improve your experience while you navigate through the website. Out of these, the cookies that are categorized as necessary are stored on your browser as they are essential for the working of basic functionalities of the website. We also use third-party cookies that help us analyze and understand how you use this website. These cookies will be stored in your browser only with your consent. You also have the option to opt-out of these cookies. But opting out of some of these cookies may affect your browsing experience.
Necessary Always Enabled
Necessary cookies are absolutely essential for the website to function properly. These cookies ensure basic functionalities and security features of the website, anonymously.
Functional
Functional cookies help to perform certain functionalities like sharing the content of the website on social media platforms, collect feedbacks, and other third-party features.
Performance
Performance cookies are used to understand and analyze the key performance indexes of the website which helps in delivering a better user experience for the visitors.
Analytics
Analytical cookies are used to understand how visitors interact with the website. These cookies help provide information on metrics the number of visitors, bounce rate, traffic source, etc.
Advertisement
Advertisement cookies are used to provide visitors with relevant ads and marketing campaigns. These cookies track visitors across websites and collect information to provide customized ads.
Others
Other uncategorized cookies are those that are being analyzed and have not been classified into a category as yet.
SAVE & ACCEPT
Go to Top